We still have an Elf!!

I’ve managed to move her every single night. I really need to get a video of Clare finding her one morning because it is the most precious thing in the world. She talks about Snow Cone CONSTANTLY!!

Here’s what this creeper has been up to.

So I tried to set this up like a snowball fight, but this is not how Clare interpreted it at all. Granted, I should have probably used smaller marshmallows?? But this is all we had. Hahahaha! She was so excited that Snow Cone and Toddler Ariel were in a paper and marshmallow tree forest. Lol! 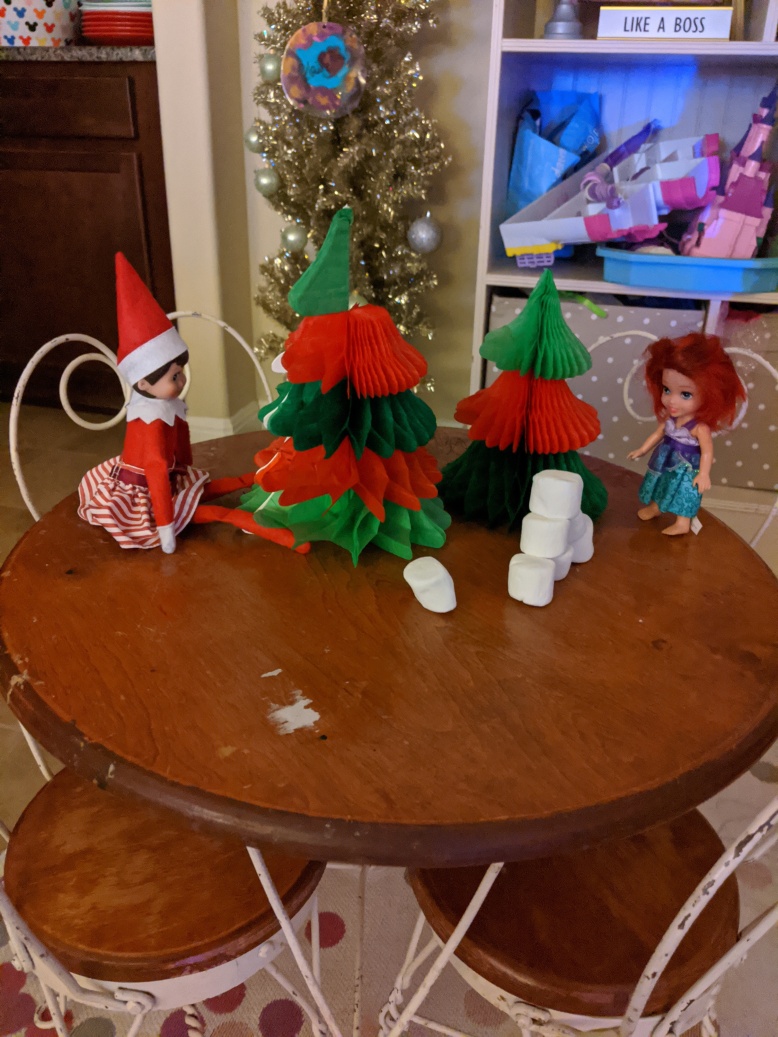 The next night, Snow Cone had a slumber party with Elsa and Anna next to the Frozen Advent Calendar. This one was a really big hit with Clare.

Daniel came in clutch on this next one. LEGOS GALORE!! We spent a solid twenty minutes building random things with Legos and then stuck Snow Cone in the Lego box. Easy peasy. And it was really fun to spend time with him doing this.

And last but least, alas. Tomorrow is show and tell day, and Clare is going to loose her ever loving elf mind, to know she can take Snow Cone Mccringleberry. 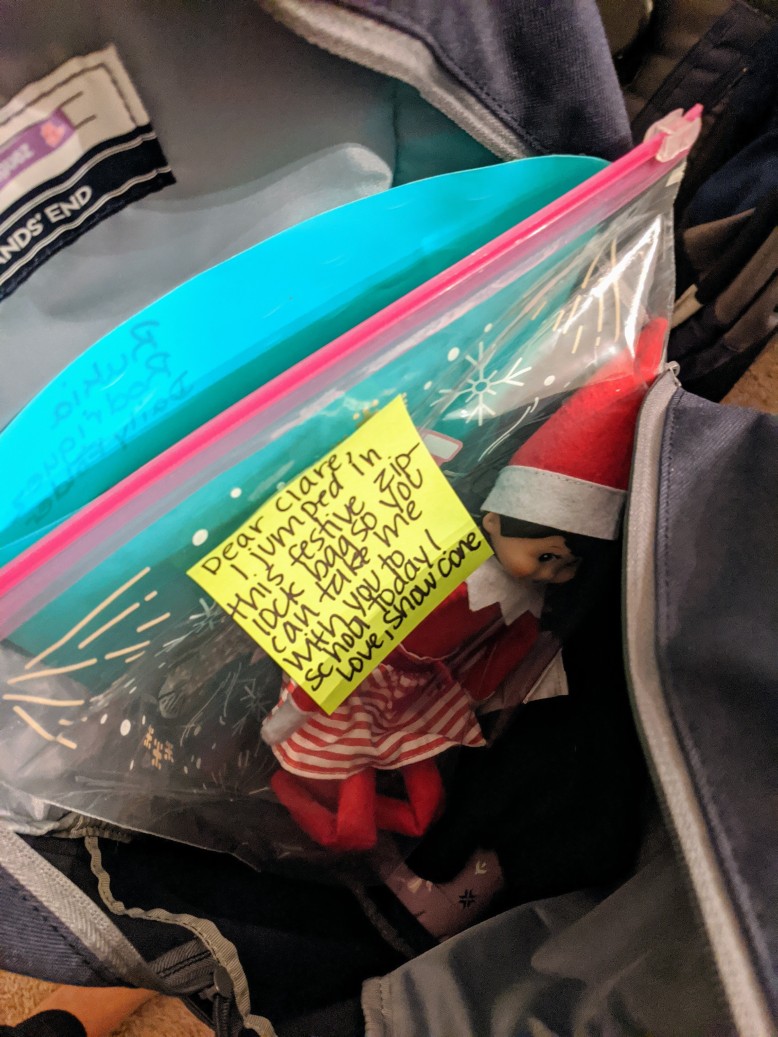 That’s all. The end and stuff. Stay tuned for more creepy elf things. Because we have a whopping fourteen more days of this ish.