We are getting very close to Christmas!! Soon this shenanigan will be over. And at this point, I have to tell you guys…I’m really surprised how I feel about all this.

I still think the look of this Elf is CREEP CITY. Like how is this a thing?! But, I’ve actually (gasp!) had a lot of fun!

For me, making a list ideas that I can reference in my phone, upfront, has helped immensely. I made a box that we hid in Daniel’s office, of trinkets and elf clothes etc., that I rummage through each night when I decide what to do.

Surprisingly, I haven’t felt stressed and I haven’t woken up in the night in a panic because I’ve forgotten to move her. Preparation has been my BFF, and honestly this is really unlike me as of late, so I think that might be why I’m so into it now. I’m winning at it for some reason. 😂

We have kept it really fun and light, and honestly easy. Nothing crazy elaborate. And I think waiting until St. Nicholas Day to bring her out was the best idea. I wasn’t scrambling in the post Thanksgiving cray.

So here’s what Snow Cone Mccringleberry has been up to!!

So many questions. First a comment…I CAN NOT GET OVER THE LACK OF FEET. And why are they in the pan? What is she even making?

But for real, this has been, hands down, Clare’s favorite thing the elf has done thus far. 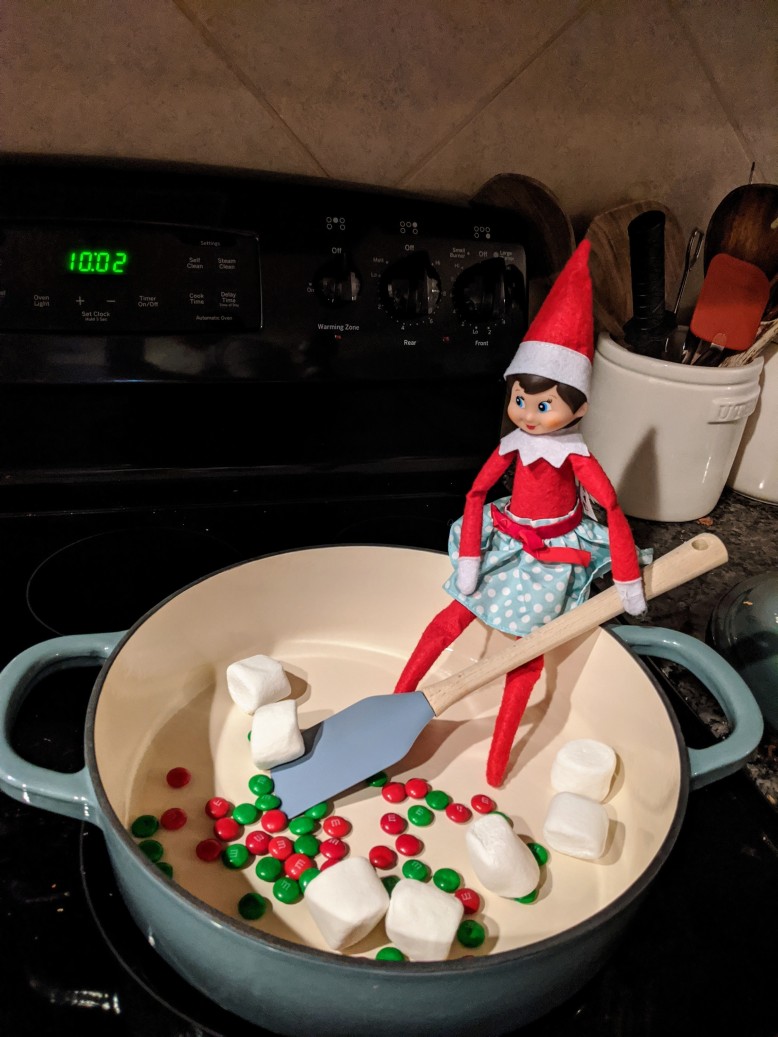 This was pretty fun too and I’m pretty proud of myself for pulling this off while she was sleeping. 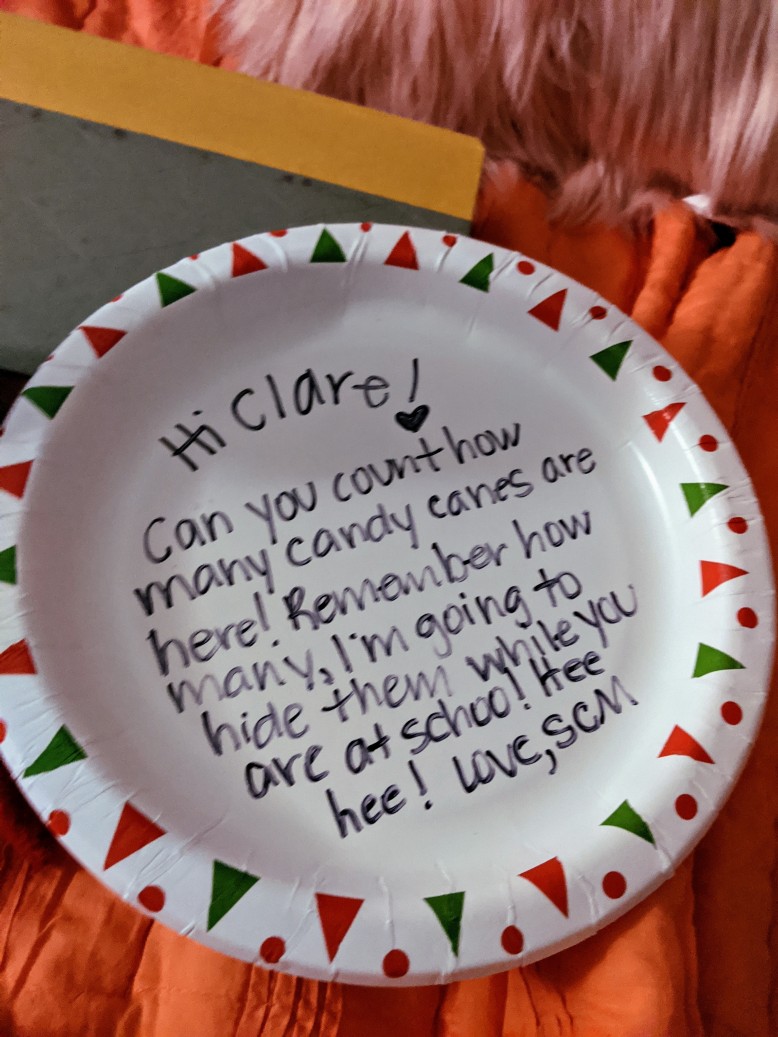 Uhh that elf has so many typos. Sheesh.

She also left a special ornament in the tree for Clare too. 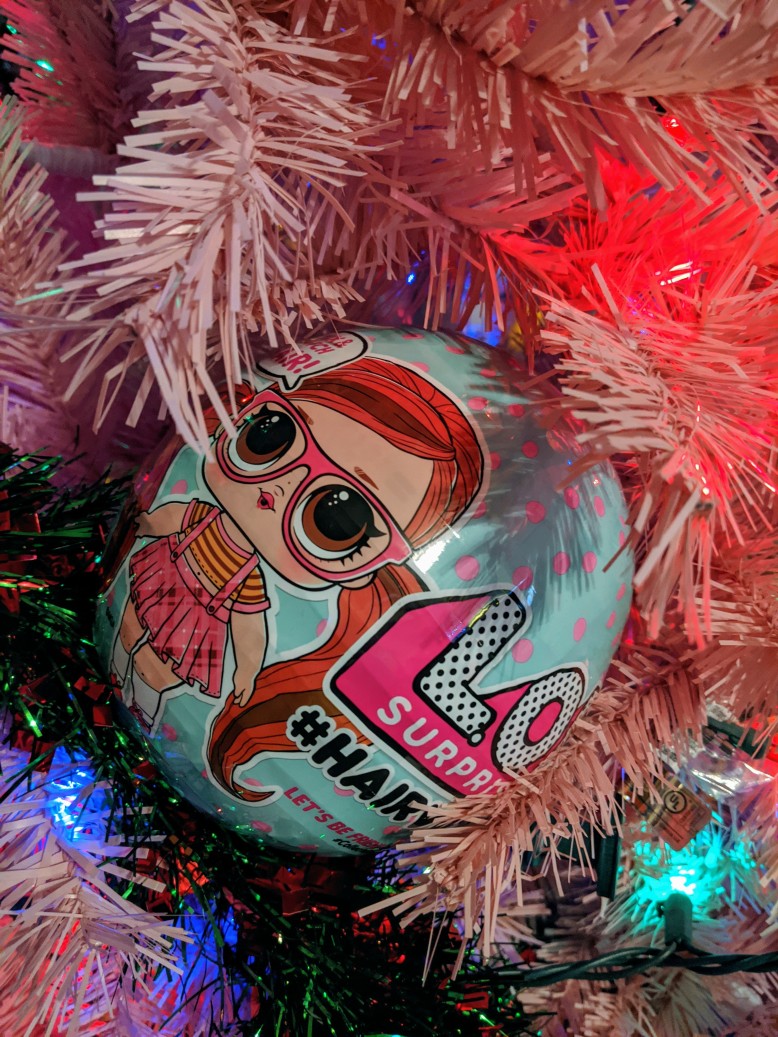 And of course, tonight, Snow Cone is playing tic-tac-toe with Frozen Cat on some marshmallows. (It’s the elf preferred game of choice.) 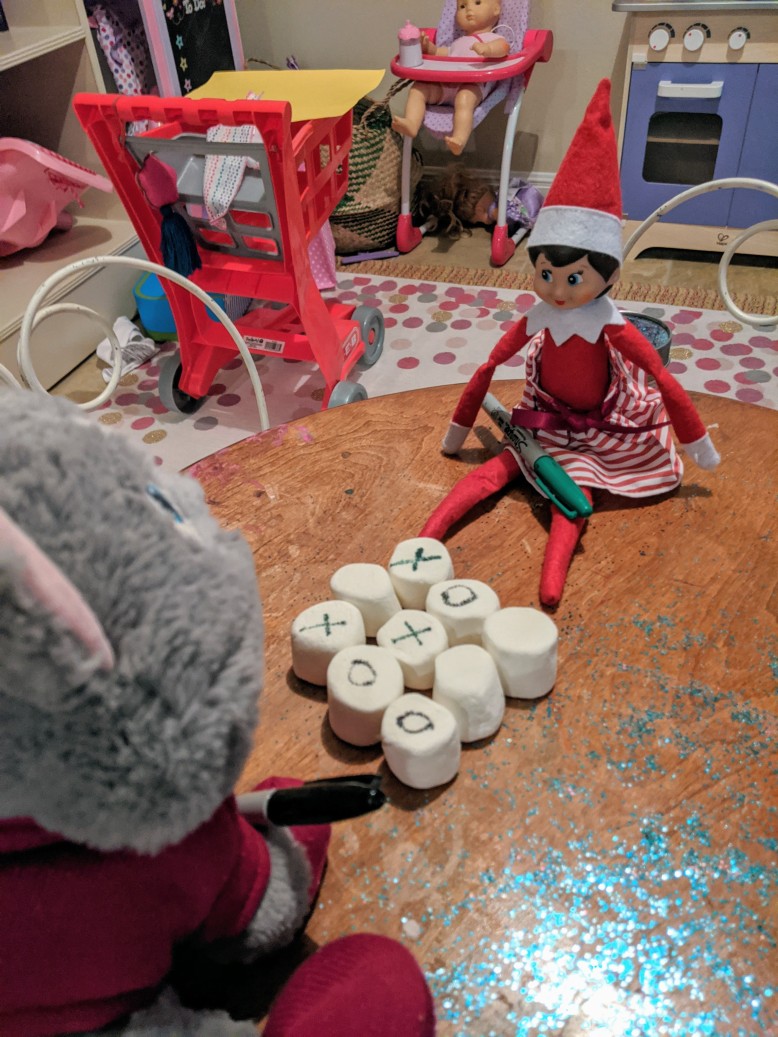 I also just want to take a minute to pay tribute to the many pieces of art, and letters Clare has written to Snow Cone Mccringleberry. 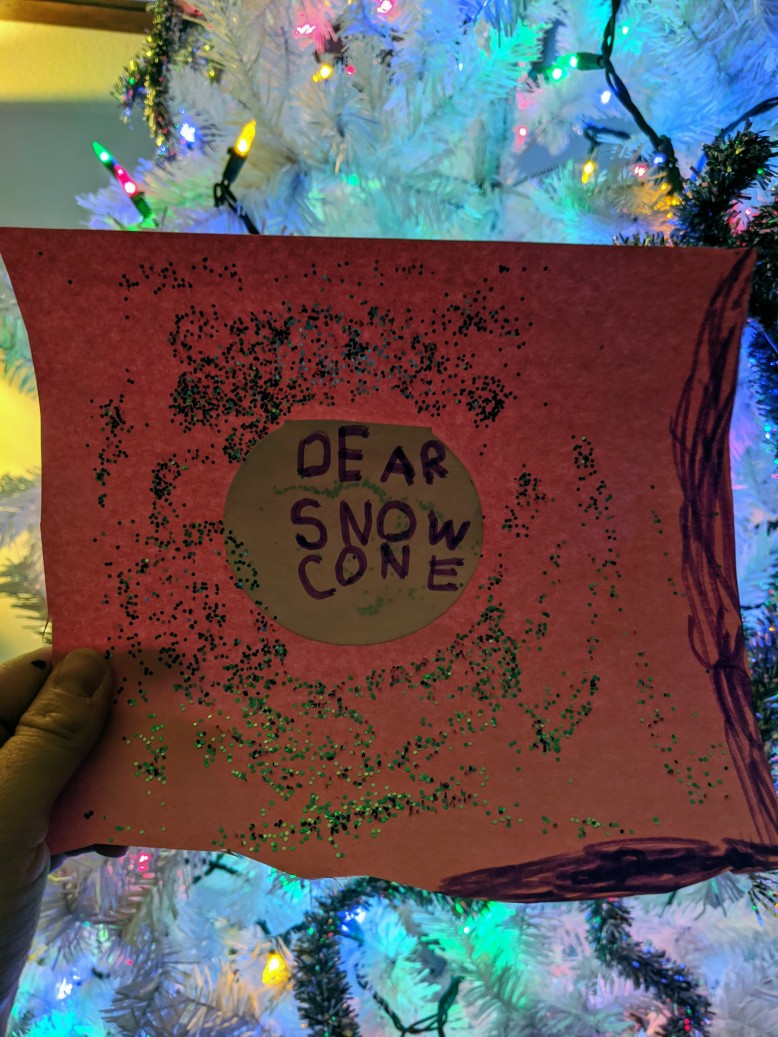 This girl, I tell you!